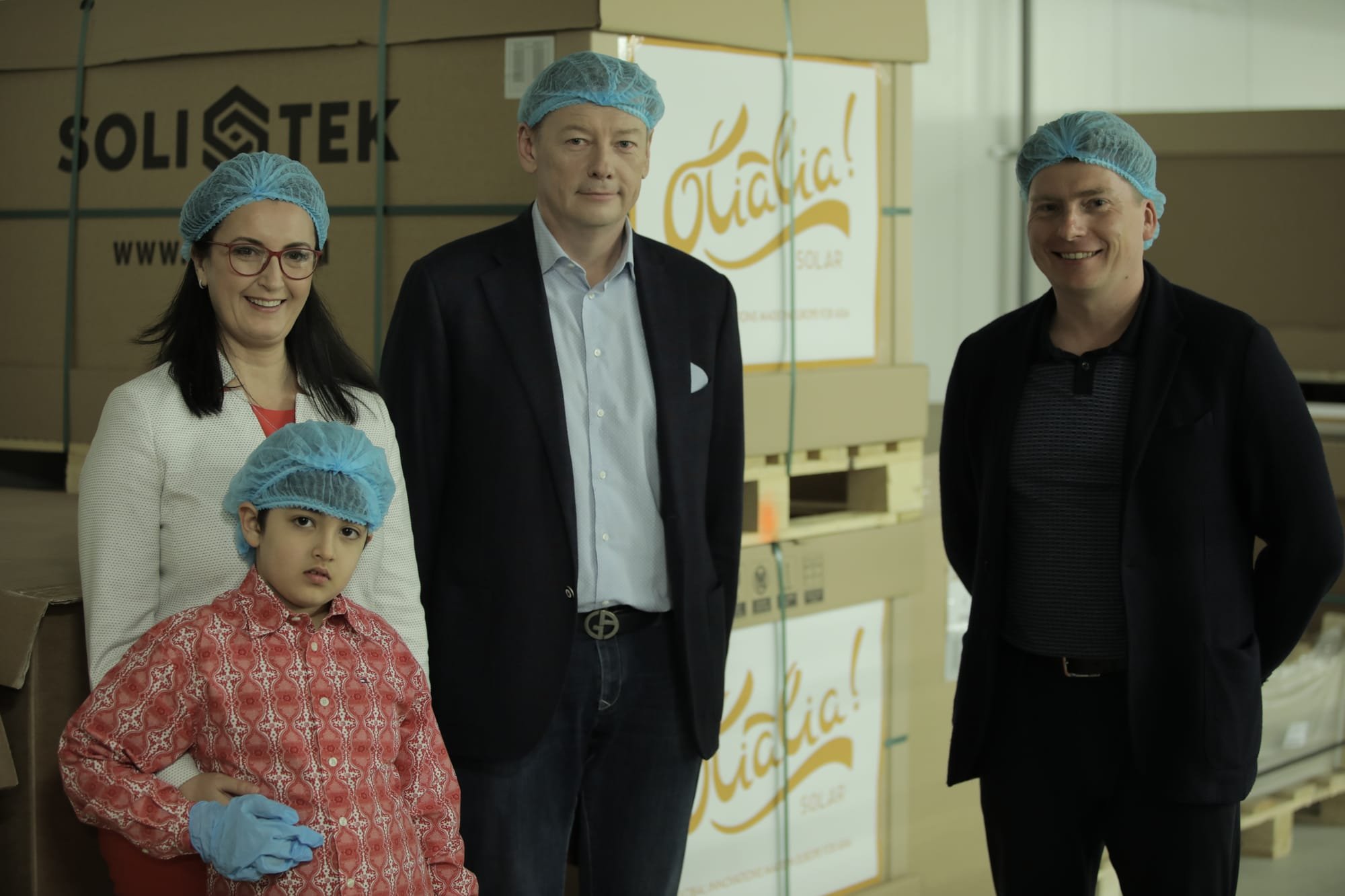 Renewable energy is the future of Planet Earth. But to become the civilization, we are today, humankind has always taken from nature more than gave it back which definitely requires to be changed, as we can no more keep ignoring the devastating effects of our deeds to the planet any longer.

So in the charge to decrease hazards to the environment and to promote long-term sustainability, Olialia a Europe-based multinational US$ 3 billion valued brand is here to play a crucial role in the environmental friendly global movement, producing solar panels using only renewable energy, and championing the GlassGlass solar panel segment, whose production requires less CO2 intense raw materials in the partnership agreement with OEM manufacturers SoliTek Cells for the manufacturing, branding & distribution of solar panels in the Indian and Asian markets.

Olialia brand, founded in Lithuania in circa 2001 by the Tomkus Family and ten years later in 2011 taken from ‘Local to Global’ by the Verma Family of India, has its strong leading projects in multiple sectors including FMCG, Infrastructure, financial services, and now solar panels, a responsible and eco-friendly move towards long-term sustainability of the environment.

This can definitely be said that Olialia in the OEM manufacturing agreement with ‘SoliTek’ Lithuania has seen a strong multi-perspective vision in the favor of the environment which is the need of the hour as they provide you with a smart and environment-friendly solution, solar panels with the vision of emphasizing on the need for ‘Make in India’ move.

As a factual point, non-polluting Solar energy is important for countries with negligible reserves of oil and gas in order to reduce their dependence on hydrocarbon-based fuels. Solar power provides independence to the consumers to generate their own electricity ‘on-site’ and if in excess, then to even market & sell excess capacity to the State-run power grids and power distribution companies.

For the last two decades, there has been intense interest in the deployment of power generation units using solar energy in India. Industrialists, leaders and the Government of India had invested billions of dollars in solar farms & plants. The government of India even subsidizes the cost of solar power generation equipment up to 30% to 40% in order to promote clean energy sources towards its goal to make India ‘Green’ and pollution-free by the year 2050.

With the entry of Philanthropists & Industrialists Abhishek Verma and Anca Verma in India’s Power Sector with ‘Olialia’ branded solar power panels manufactured by ‘SoliTek’ Lithuania using world’s most advanced technology, the canvas and dynamics of solar energy generation in India are all set to revolutionize. The government of India has also emphasized the need for ‘Make in India’ of solar energy equipment in order to cease its dependence on Chinese products. Thus Olialia Solar will pursue opportunities to manufacture solar panels of SoliTek in India under Transfer of Technology to Indian manufacturers.

We have to expand our economies and businesses sustainably, minimizing the impact on the environment we live in. Hence, SoliTek has joined hands with Olialia in this smarter and 100% green global movement, producing solar panels using only renewable energy and championing the Glass-Glass solar panel segment, whose production requires less CO2 intense raw materials.

SoliTek flagship glass-glass model is manufactured in Vilnius based solar technology center. Glass panels are class A fireproof and are exceptionally durable in all the toughest environments be it Polar snow or the Sahara Desert. SoliTek panels have a self-cleaning property and rated power output of up to 370W per panel.

Leadership through innovation as well as a fast-growing business, has been the prior agenda of the SoliTek which started in 2009 as photovoltaic cell research & small production center. Since then, they have grown to the most advanced Northern European solar technology manufacturer, with ultimate technology and local market know-how.