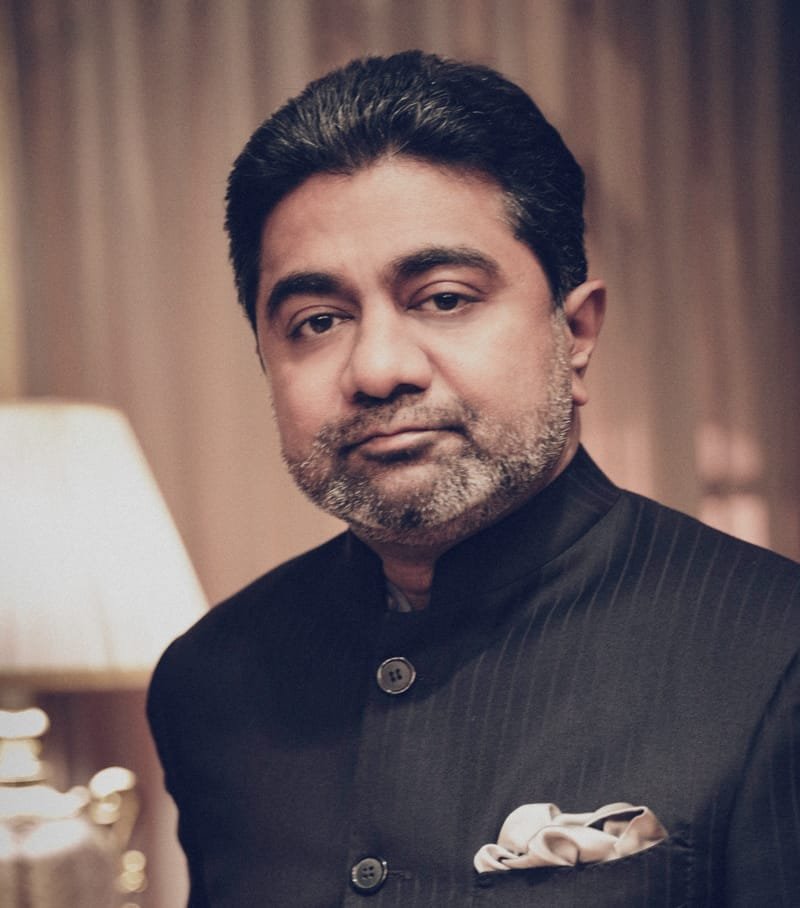 Abhishek Verma was born in New Delhi on 23rd February 1968 into a family that has served in Indian politics for half a century. He is an prominent business man and was declared youngest billionaire of India in 1997.

Biography
Abhishek Verma was born in New Delhi on 23rd February 1968 into a family that has served in Indian politics for half a century.

Abhishek’s late father, Shrikant Verma, was a leading journalist before the powerful Indira Gandhi inducted him into the Congress Party and made him a member of India’s Parliament in 1976.

When Gandhi returned as Prime Minister in the early 1980s, the articulate Shrikant Verma became the official spokesman and later the General Secretary of Congress Party. His job was tough but immensely challenging: it entailed holding daily briefings for journalists, brainstorming party policies and generally helping the party evolve. Shrikant Verma was considered one of the closest advisors of Rajiv Gandhi (Indira Gandhi’s son – who was elected the Prime Minister of India after the assassination of Indira Gandhi in 1984).

Shrikant Verma died at the Sloane Kettering Hospital in New York in May 1986, battling cancer.

Shrikant Verma’s mother, Minimata, was a Member of Parliament for an impressive 24 years, beginning 1950, until an aircrash cut short her life.

Abhishek Verma’s mother and Shrikant Verma’s wife, Veena Verma, served 14 years in the Parliament as a Member of Parliament and the Congress Party as the Vice President of
Congress Party responsible for ‘women’s wing (Mahila Congress)’ and served as a parliamentarian for 20 years.

After graduating from Hindu College in New Delhi and Georgetown University in Washington D.C., in 1989 Abhishek became Editor-Publisher of India Worldwide, a US-based monthly magazine co-published by the Indian National Congress’ overseas Chairman Kamal Dandona, allowing Verma to forge close ties with the dynamic leader Rajiv Gandhi who was ending his five-year term as Prime Minister.

When P.V. Narasimha Rao succeeded Rajiv Gandhi as the Prime Minister, Abhishek rode the crest of business opportunities that arose largely out of the Indian Government’s vast liberalization measures, helping his fledgling company ESAM India Limited to surge ahead. ESAM launched a cargo airline, and soon after acquired several cargo aircraft from the erstwhile Soviet Union to operate on the Indo-Russian and Indo-Gulf sectors.

Riding on the success of the airline, ESAM launched initiatives in financial engineering, trade and counter-trade with Russia in a wide array of products and services, all of which contributed to a US$350 million annual turnover, between 1994 and 1999. Abhishek was featured on INDIA TODAY’s cover in 1997, Vanity Fair, and several other Indian and international magazines.

Entrepreneurial success allowed Abhishek to undertake civic initiatives in Bilaspur, a city in Central India from where his family hails. He installed over 150 electric wells to supply the under-privileged community with abundant potable water, established medical clinics, started mid-day meal schemes for school going children and through celebrity charity events raised funds for cancer treatment equipment for the local hospitals and donated funds to the Prime Minister’s Relief Fund and to victims of Earthquakes and for burn victims in India through ‘Shrikant Verma Charitable Trust’ a foundation setup in the memory of his late father.

Abhishek is also the trustee of Nehru Bal Samiti, a charitable organization for uplift of under privilliged children and this charity runs 6 schools in Delhi with 4,000 students.

During the last few years, there were tectonic shifts in the world political scene, exponential growth in Indian and Asian fixed and mobile telephony, and the accelerating worldwide convergence between telephony, internet and television.

Abhishek’s focus is exclusively on defence and telecom sector especially in India.

In April 2005, during the visit of the Chinese Primier Wen Jiabao to India, Abhishek signed a historic investment deal with the Chinese Government during the welcome ceremony of the Chinese Primier in Delhi wherein the Chinese public sector telecom giant ZTE Corporation concluded an agreement with Abhishek’s company to invest US$ 1.2 billion for expansion of IPTV rollout in India as well as to acquire 4G mobile telephony license in several states of India, covering at least 60% of the population. This is the largest financial investment ever made by China in India.

Abhishek is based in New Delhi India, however he maintains a residences in London and South of France.